Alumni are invited to get a sneak preview of the conservation work underway on the Library’s rare Civil War items and hear a talk, “Charleston, the War, and Reconstruction,” given by history professor Douglas Egerton on Saturday, June 4, 11:00am-11:45am, in the Bernat Room, Noreen Reale Falcone Library.

The conservation work continues on the Falcone Library’s 1866 “The Photographic Views of Sherman’s Campaign,” an album of photographer George Barnard’s prints depicting the aftermath of General Sherman’s march through the South. The album, along with the original letter to Barnard from William Tecumseh Sherman expressing his support for the project, were gifts to the College in 1997.

Douglas Egerton is a professor of history at Le Moyne College. His books include The Wars of Reconstruction: The Brief, Violent History of America’s Most Progressive Era (2014), Year of Meteors: Stephen Douglas, Abraham Lincoln, and the Election That Brought on the Civil War (2010) and Death or Liberty: African Americans and Revolutionary America (2009).

West Lake Conservators, located in Skaneateles, NY is overseeing the conservation work, which will be completed by late June 2016. For more information about the event, contact Tom Babcock at babcoctg@lemoyne.edu.

Come join the Le Moyne College Book Club on Wednesday, June 8 as we discuss A Man Called Ove by Fredrik Backman. We will be meeting in the Bernat Special Activities Room in the Noreen Reale Falcone Library from 7-8:30 pm. Refreshments will be served!

Feeling stressed out? Spend a little time in the library with a trained therapy dog. There will be a special pet therapy session during finals week on Thursday, May 12 from 4:00-7:00 p.m. in the Bernat Room. Make note of the different, extended time.

Pet therapy events are sponsored by Pet Partners of Syracuse. 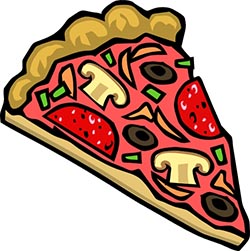 On Sunday, May 8th through Thursday, May 12th, Cam’s Pizza will be served starting at 8 PM and run until supplies run out.

Coffee is available for purchase through the new Barista Vending Machine located next to the elevator on the first floor.