“Composure” is an exhibition of photographs by Dan Roche that capture moments of pause, concentration, single-mindedness, meditation. Dan Roche is chair of the Communication & Film Studies Department at Le Moyne, where he teaches classes in journalism, nonfiction writing, and multimedia storytelling. 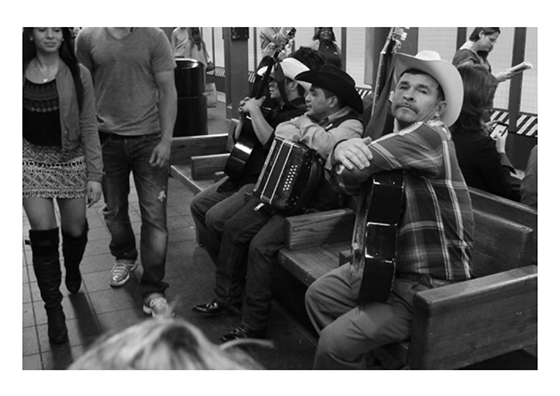 On Friday, September 9, from 4 to 6 p.m., there will be an opening reception for the exhibit, which will be on display at the Wilson Art Gallery from September 9 – 30 during regular library hours. The reception and exhibit are free and open to the public.

On Saturday, August 20 through Sunday, August 21, 2016, ProQuest will be performing server maintenance. The window is scheduled to begin at 10:00 PM EDT and will last until 6:00 AM. During this time, access to ProQuest (journal articles), eBrary (e-books), and RefWorks (citation management) will not be available and users will be re-directed to a webpage explaining the scheduled maintenance.

Come join the Le Moyne College Book Club on Wednesday, September 14 as we discuss Five Days at Memorial by Sheri Fink. We will be meeting in the Bernat Special Activities Room in the Noreen Reale Falcone Library from 7-8:30 pm. Refreshments will be served!

If you used Turnitin in the past (either the stand-alone version via turnitin.com or from within Canvas), this is of interest to you.

Turnitin has released a significant product upgrade that will be available on August 8th. The new version of the service, called Turnitin Feedback Studio, offers all the functionalities of Turnitin with a simplified, more intuitive interface that integrates viewing the reports, grading, and adding comments. (You can continue to grade using Canvas Speedgrader or other means you now use; you do not have to use Turnitin grading feature.).

You can expect to see a new interface when you open up a student’s paper in Turnitin to see the similarity report. You will be able to toggle back to the old interface should you choose to do so. (More on that below.)

To get acquainted with the upgraded Turnitin Feedback Studio, you can:

Try out an interactive demo.

You can also choose to attend a free online training session on Wednesday evenings at 7 pm offered throughout the summer and into September.

The old version will be available through next July, should you want to stay with it. Those who use Turnitin within Canvas, you will be able to turn off the new version (or toggle back and forth between the two versions) when you have an originality report open.

Come join the Le Moyne College Book Club on Wednesday, August 17 as we discuss Euphoria by Lily King. We will be meeting in the Bernat Special Activities Room in the Noreen Reale Falcone Library from 7-8:30 pm. Refreshments will be served!

A large portion of the JSTOR E-Books collection will be unavailable until July 5, due to a budgeting shortfall experienced by the Connect NY library consortium. JSTOR E-Books uses a demand-driven acquisition model, where usage by the various member libraries of the consortium triggers purchase of individual e-books. Despite making several adjustments to the purchasing model during course of the year, the collection has proven so popular that all of the allocated funds have been depleted. New funds will be allocated at the start of Connect NY’s new budget cycle in July. In the meantime, we still should have access to the items that have already been purchased.

Update: the date of July 5 added.

Alumni are invited to get a sneak preview of the conservation work underway on the Library’s rare Civil War items and hear a talk, “Charleston, the War, and Reconstruction,” given by history professor Douglas Egerton on Saturday, June 4, 11:00am-11:45am, in the Bernat Room, Noreen Reale Falcone Library.

The conservation work continues on the Falcone Library’s 1866 “The Photographic Views of Sherman’s Campaign,” an album of photographer George Barnard’s prints depicting the aftermath of General Sherman’s march through the South. The album, along with the original letter to Barnard from William Tecumseh Sherman expressing his support for the project, were gifts to the College in 1997.

Douglas Egerton is a professor of history at Le Moyne College. His books include The Wars of Reconstruction: The Brief, Violent History of America’s Most Progressive Era (2014), Year of Meteors: Stephen Douglas, Abraham Lincoln, and the Election That Brought on the Civil War (2010) and Death or Liberty: African Americans and Revolutionary America (2009).

West Lake Conservators, located in Skaneateles, NY is overseeing the conservation work, which will be completed by late June 2016. For more information about the event, contact Tom Babcock at babcoctg@lemoyne.edu.

Come join the Le Moyne College Book Club on Wednesday, June 8 as we discuss A Man Called Ove by Fredrik Backman. We will be meeting in the Bernat Special Activities Room in the Noreen Reale Falcone Library from 7-8:30 pm. Refreshments will be served!

Feeling stressed out? Spend a little time in the library with a trained therapy dog. There will be a special pet therapy session during finals week on Thursday, May 12 from 4:00-7:00 p.m. in the Bernat Room. Make note of the different, extended time.

Pet therapy events are sponsored by Pet Partners of Syracuse.