Come join the Le Moyne College Book Club on Wednesday, February 10 as we discuss The Sparrow by Mary Doria Russell. We will be meeting in the Bernat Special Activities Room in the Noreen Reale Falcone Library from 7-8:30 pm. Refreshments will be served! 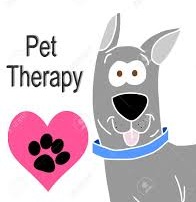 Pet Partners of Syracuse are stopping by with their furry friends on February 1 from 6:00-7:30 pm in the Library’s Bernat Special Events Room. Stop by to de-stress and play with a pet!

Pet therapy returns for the spring semester! These events will be held in the Library’s Bernat room following the same first Monday and third Tuesday schedule as last semester:

These events are sponsored by Pet Partners of Syracuse.

The Noreen Reale Falcone Library was awarded a $12,600 Conservation Discretionary Grant from NYS Library in December 2015 to preserve its U.S. Civil War items.

“The Photographic Views of Sherman’s Campaign,” published in 1866, is an album of photographer George Barnard’s 61 original imperial size albumen prints depicting the aftermath of General Sherman’s march through the South.

The album, along with the original letter to Barnard from William Tecumseh Sherman expressing his support for the project, were gifts to the College in 1997 from John B. Vita ’54 and Mary M. Vita.

Originally intended to make 100 copies of these custom leather-bound albums, Barnard, it is believed, might have made only half as much. Le Moyne College’s copy is one of six held by libraries and museums in New York State. There are only 25 reported copies held by such public institutions.

West Lake Conservators, located in Skaneateles, NY will oversee the conservation work, which will be completed by June 2016. For more information, contact Inga Barnello at barnello@lemoyne.edu.

The Turnitin website has been experiencing a DDoS (Distributed Denial of Service) attack for most of the day on January 22. Although the @TurnitinStatus Twitter account reports that service is “stabilized”, it remains slow into the afternoon.

Come join the Le Moyne College Book Club on Wednesday, January 27 as we discuss 11/22/63 by Stephen King. We will be meeting in the Bernat Special Activities Room in the Noreen Reale Falcone Library from 7-8:30 pm. Refreshments will be served! This is a new date since the original meeting was canceled due to wintery weather.

On January 16, 2016, RefWorks will be offline while it is upgrading its systems infrastructure. The outage is scheduled to begin at 10:00 PM Eastern Standard Time on Monday, January 16 and will last until 6:00 AM the following morning (8 hours). During this time, access to RefWorks and Write-N-Cite will not be available.

The Wilson Art Gallery will host “Trees of Onondaga”, an exhibit of original paintings by Maria Rizzo, whose paintings, inspired by the outdoors, reflect the gratitude she feels for nature and the human connection to it. 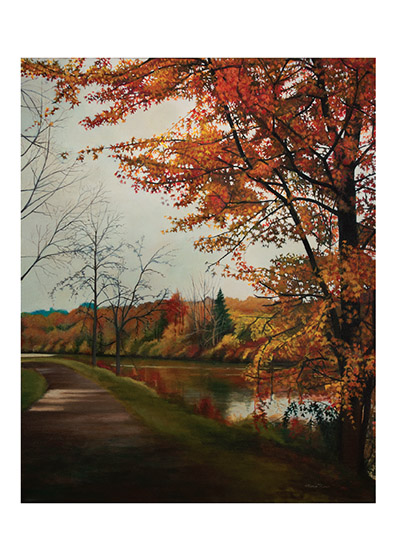 On Friday, January 22, from 4 to 6 p.m., there will be an opening reception for the exhibit, which will be on display at the Wilson Art Gallery from January 22- February 19 during regular library hours. The reception and exhibit are free and open to the public. For more information, call (315) 445-4153.

The Wilson Art Gallery at Le Moyne College seeks exhibition proposals for the 2016/2017 academic year. Proposals should be received by close of business, Monday, March 28, 2016 for consideration.